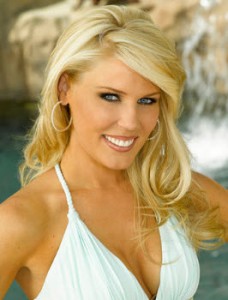 I was watching the Real Housewives of the OC reunion show last week, and evidently Gretchen Rossi’s hair is a big deal. I think she always looks pretty (and she is my favorite housewife!), but I never really noticed her hair. During the show they talk about how many viewers are in luuuv with her hairdo. (Scroll down to the comments to see what I mean.)

She says she doesn’t wear extensions and she achieves her look with big hot rollers. Hot rollers! Wow, I haven’t thought about those in forever. In fact, I haven’t owned hot rollers in about 10 years.

I certainly used them back in the day, but we all did. My friends with long hair would even sleep in foam rollers for the big, bouncy head of curls the next day. Out of curiosity, I checked out the hot rollers at CVS and chuckled. They haven’t changed much. This week, I’m going to check out what Target has and if they have the really big rollers, I might even indulge.

What about you? Are hot rollers still part of your beauty secret?

Back in the day, like twenty years ago, I understood soap opera addiction. My mom had her “soaps” and my grandmother had hers, and they both followed them religiously. Watching soap operas was just something women did. I recall staying home from school with the flu and watching soap operas for days on end. A typical sick day began with The Young and The Restless – the Victor and Nikki days. Then the Bold and The Beautiful was on for about a half hour – Ridge and his huge ears. Then it was As The World Turns and then Guiding Light.

Even as a kid, some things never made sense. Why were rich people were wearing formal attire 24/7? Because that was the only way viewers would know they were rich? Nobody ever spent more than 5 minutes at work. Children went from being cute little toddlers to bipolar teens within 3 weeks.

I haven’t watched soap operas in about ten years. Well, until last week.

I was somewhere waiting for something last week, and the soaps were on television. I watched for about 10 minutes and could not even believe the absurdity. Within the first few minutes I heard a tearful plea, “if you leave me, I’ll hook up with Johnny.” I heard a handsome doctor use the words, “brain scan.” And my favorite was some nerdy girl ranting about her “proclamation” to “The Jackal.” I was completely dumbfounded! Millions of viewers still watch this?!?

The scripts and the acting are beyond horrible. The actors all look exactly the same. There are a million storylines going on at once. The dying heartthrob who has been cheating on his wife with her secret twin stole a baby from a crazy lady who is actually his mother’s father’s cousin, but in alien form.

Everyone knows soap operas, while ridiculously cheesy, have some of the most loyal fans around. Soap Opera Digest and Soap Central are certainly not hurting for viewers. Are you a fan? If so, drop me a comment and let me know why. Is it because you’ve been watching forever and you can’t let go or is it because you just really enjoy them? Do tell!

I indulge in bad TV too, so I’m certainly not passing judgment. With so much great bad TV to choose from, I’m just wondering why soaps are still so hot.

When it comes to educational television programs for your youngster, there are so many choices. And yet, in my opinion, so few are truly entertaining. I’m not only recommending this show because it will make your toddler laugh out loud, but also because YOU will find yourself watching it, intrigued and thoroughly amused.

The show is called Word World and the title couldn’t be more fitting. All of the objects in the show are made of words – words that take shape and come to life. It’s a PBS Kids show (partially funded by the U.S. Department of Education) and won the Parents’ Choice Gold Award in March 2008.

The endearing Word World characters really spring into action thanks to the 3D CGI animation. Every day Frog, Sheep, Pig, Duck (my son’s favorite) and Dog go on comic adventures, and are ultimately faced with problems that can only be resolved by building the correct word. The songs are catchy and the stories are clever. It’s wholesome, fun and funny. Now go tune in and build a word…