Is it something we’re all thinking, but nobody is talking about? Does Countess LuAnn from the Real Housewives of New York City need a one-shoulder intervention?

When it comes to trendy clothes, you know a killer asymmetrical dress works wonders.  I happen to love one-shoulder dresses and tops, but LuAnn is demonstrating obsessive behavior when it comes to her spatial relationship with clothes. Pun intended.

Don’t get me wrong, I think LuAnn is quite beautiful with a great body and that cool raspy voice. In my opinion, she is far more striking and naturally pretty than Kelly.  But why so many asymmetric necklines? What is with that?!?

When Ramona made the comment jokingly in all seriousness, “I think your purple dress with the one-shoulder is ridiculous,” I almost fell out of my chair. Yes! Ramona  finally said something intelligent. LuAnn, I love ya babe, but that dress is ridiculous.  I’m not sure if someone she respects in the fashion industry told her it’s a good style for her body type or what, but owning more than 20 one-shoulder dresses is probably a no-no, even for a duchess or a princess or a countess. 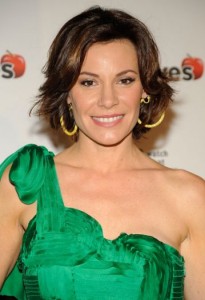 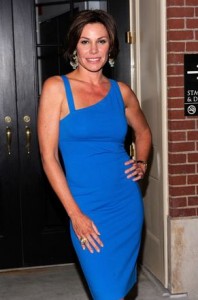 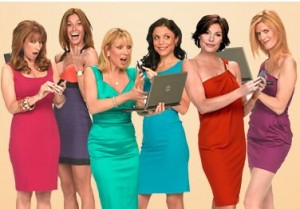 Who’s with me? Shall we start making phone calls and schedule this intervention? I’ll bring the Pinot Grigio. 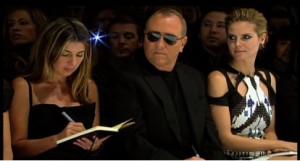 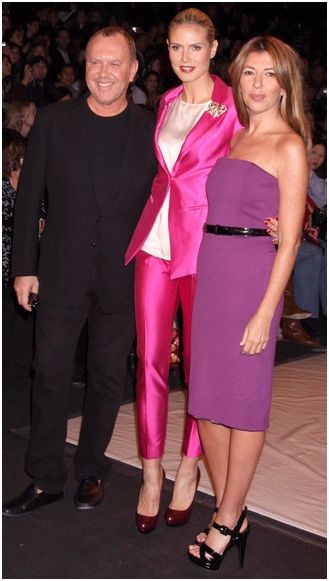 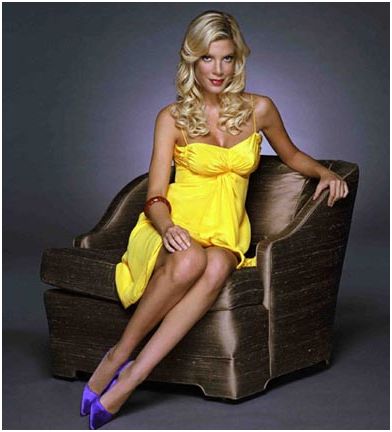 There, I said it. One of my friends on Facebook recently admitted to liking the new Miley Cyrus song, “The Climb.” I have a lot of respect for people who willingly admit potentially embarrassing truths, so I took her lead and decided to throw props to Tori Spelling, especially in the wake of her mother’s continued public betrayal.

I have to be honest, I wasn’t a big fan of Tori Spelling during the 90210 days. In fact, I didn’t really like the show at all. The plot was horribly predictable and the amount of hair gel being used on the boys was obscene. Last year, I started watching reruns of Tori & Dean: Inn Love and was just amazed at how quickly I started to like Tori. She was funny, sincere, sweet, honest, goofy and even vulnerable.

The show didn’t seem overly contrived  me and the whole notion of a Hollywood couple trying to downsize their lives (while pregnant) and renovating a B & B at the same time was pretty entertaining. I haven’t seen the new show, Home Sweet Hollywood, but as a mother with two small children myself, I know it can only be non-stop chaos. The good kind.

Today rumors fly about Tori’s weight and Tori’s psycho mom, Candy, etc. I have no idea what’s true and what isn’t, but I feel sorry for her. When push comes to shove she’s a woman, wife and mother trying to make it all work. That’s no easy feat. If my mom started sending open letters to TMZ about what should be private issues, I’d be mortified.

Maybe this all a big publicity stunt – who knows? If it’s not, It’s just plain sad. And not the good kind.

Tonight I stayed up later than usual to see how David Letterman would handle his much publicized apology for the joke he made last night. I think it’s human nature to squirm a bit when we have to admit to doing something wrong.  No matter how small that something may be, it’s difficult to take the blame.

Letterman began his show as normal with a clever monologue. When the camera returned, he was seated at his desk and began his apology. He started off by talking about the joke without going into great details. He said that all comedians know if you have to explain a joke that means it wasn’t funny. He never blamed his writers or staff. He said the joke was entirely his responsibility and he was wrong for saying it. He apologized to both Palin daughters by name, as well as to Governor Palin and the rest of her family.

It is so refreshing to see someone exhibit such professionalism. Remember folks, this man is a star. He could’ve easily hid behind any number of people or just brushed off the entire situation without ever addressing it. This was not acting, nor was it done to save his job. David Letterman apologized because he is passionate about what he does and recognized he went too far. Yes, a man who makes snarky jokes for a living can make a mistake. I applaud him for being above excuses and facing the fire. Bravo, Letterman. You just gained a new fan in MommyQ. 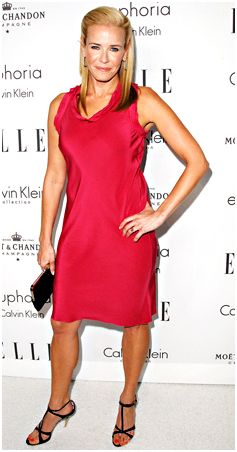 You may know her as Chelsea Lately, the hilariously sarcastic comedienne on E! I know her as Hero #3. I’m not sure who my first two heroes are, but Chelsea certainly gets the third spot.

Her show is just the right amount of news, celeb gossip and cynicism, which I really appreciate at the end of the day. You know what I mean, everything – no matter how profound – is just plain old stupid or annoying by 10:00 p.m. I don’t want to hear one serious thought after 9:36 p.m.  And Chelsea gets that! Ah, refreshing.

Anyway, if you haven’t seen the show yet, you should tune in one night. I assure you it will either make you laugh or deeply offend you. Either way, it’s thoroughly entertaining. Just a friendly TV tip from MommyQ.