There are four words that can strike fear or love in a mom’s heart. Elementary school talent show. Ahhh, I have such fond memories of mine. I did a tap dance routine with my younger sister every year. I believe in our very first show we wore raincoats and twirled umbrellas to “I Love a Rainy Night” by Eddy Rabbitt. Oh, yes, that was a 45 rpm record that we played over and over again until it was so scratched it wouldn’t play anymore. As we got older, we stepped it up with some clogging to “Mountain Music” by Alabama. Yes, that’s how we rolled in Virginia 30 years ago.

Last year, my 8yo son performed in his talent show for the first time. You can read all about it here. This year with both kiddos at the same school, we thought they should both perform. It was a no-brainer for my older son (he’s 9yo) who pretty much has one awesome talent – Kung Fu. Figuring out a talent for my athletic kindergartner was more of a challenge. He couldn’t dribble a soccer ball or throw baseballs on stage. Hmmmm.

One day Pharrell’s “Happy” came on in the car and my youngest son shocked me by singing all of the lyrics and singing with some attitude. Yes! He would sing in the talent show. He wasn’t very into the idea at first, so we got him a few singing lessons to test it out. After the first lesson, he was hooked. I was so excited for him to branch out and do something he had never done before. He was six! Everything is a big accomplishment when you’re six, right?

As the show got closer, we started practicing everyday. And then a few days before the show, my nerves caught up with me. No, not his. Mine! I suddenly felt like I had unintentionally pushed him into something that would blow up in my face. What if he forgot the words? What if he froze? What if he just puked on-stage? What if it was a horrible experience that plagued him for life? I could envision him walking into a therapy session at the age of 25 and saying, “Well, it all started when my mom wanted me to do that stupid talent show when I was in kindergarten…”

That’s when I realized God blessed me with boys for a reason. This mommy is not cut out for stage stress! Dance recitals, solos, gymnastics…balance beam routines? Oh lordy. I don’t know how moms stay calm. I would be popping Xanax like Skittles with wine chasers.

The night of the show, I told both boys I was proud of them no matter what happened during the show. They had impressed me so much with their hard work, nothing could erase that. And it was true. I was 100% proud. Doing well in the show (or just having the guts to try) would be icing on the cake. In my mind, they had already achieved so much.

And without a doubt, they both did great! My older son who just loves being in the spotlight did so well. He was psyched! My youngest NAILED IT. He sang, he did his choreographed moves, he smiled and he had fun. Afterwards he found me in the crowd and we shared a very special “I know exactly how you feel” hug that was priceless. Of course, we’re already discussing next year’s act… 😉 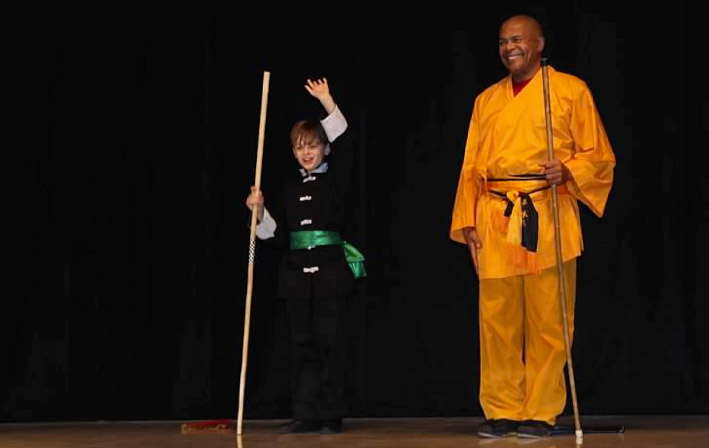 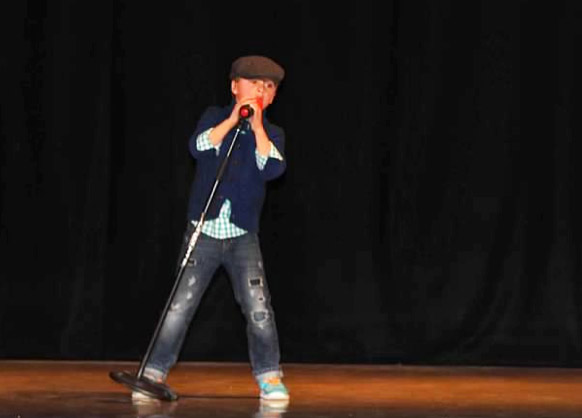 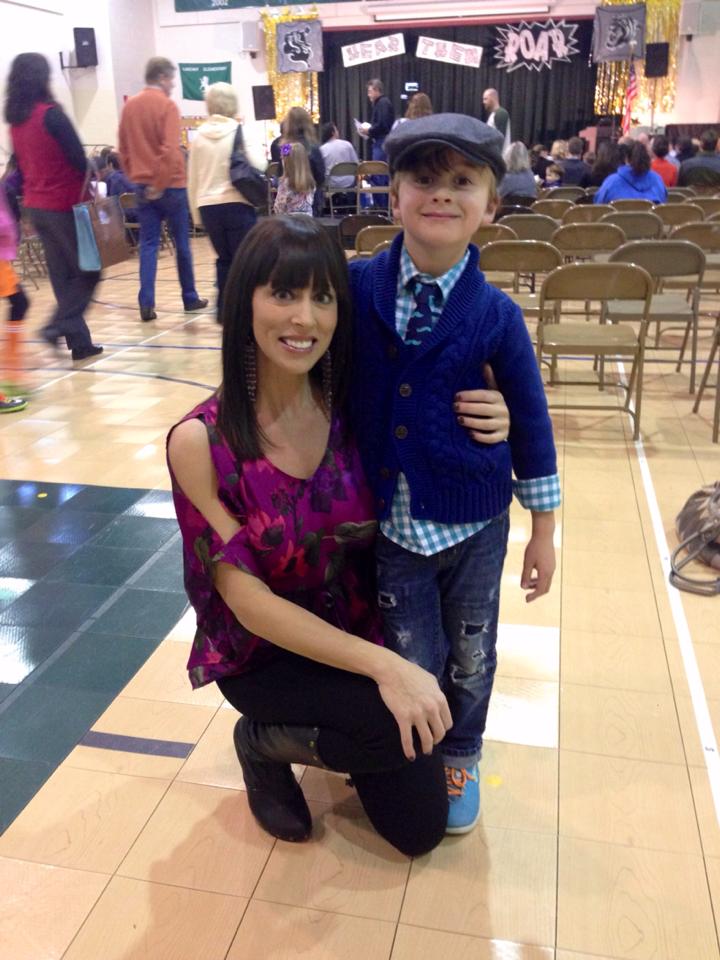