I’m thrilled to see Sandra Bullock in the next issue of SUCCESS Magazine, available April 6th.  If you haven’t heard of SUCCESS, it’s a magazine that brings you the thought leaders and success experts, both past and present, and reveals their key ideas and strategies to help you excel in every area of your personal and professional life.

In the May issue, the Oscar-winning actress reveals that before she was one of Hollywood’s leading ladies she was picked on as a child by her classmates for a speech impediment. Can you believe that? It was her mother who encouraged her to embrace her uniqueness, “Uniqueness is something my mother pounded into me,” says Bullock. “I’ve made peace with the fact that the things that I thought were weaknesses or flaws were just me, and I like them.”

As the mom of a child with Autism Spectrum Disorder, knowing someone as talented as Sandra Bullock had obstacles to overcome as a child gives me more hope for my own son. It helps me remember things may seem insurmountable at the moment, but in time they will just be memories. I hope we all provide our children with the ability to embrace their uniqueness.

The article is uplifting and honest, a great read for parents. Bullock’s advice for little girls? “Don’t change. Be who you are.”

Get more celebrity scoop from MommyQ! 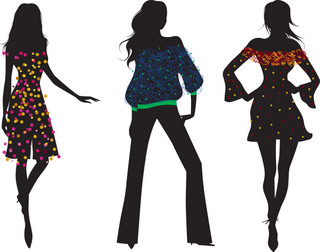 My father taught my younger sister & I how to play tennis when we were eight or nine years old. We took lessons, practiced regularly and played on the school tennis teams. My father, who is now 73-years-old, is passionate about tennis and still plays 2-3 times per week. Despite his age and slight limp, he can get around a tennis court. Many of his opponents have learned the “you can’t judge a book by its cover” lesson on more than one occasion.

Growing up, we spent many hours on the tennis court together. At times, my mother would join us and we would play a few hilarious sets of doubles together. I use the term “hilarious” because my mother would play the net like a maniac, flying through the air awkwardly to return a lob or totally missing the ball and accidentally tossing the racket mid-swing. I’m sure onlookers thought we were crazy. I remember laughing so hard, I could barely swing the racket.

Today, after nearly 25 years, my father, sister & I still play tennis together. We don’t play often because she lives in a different state and I get busy being mom and doing mom things. When do play, it’s just like old times. We giggle when we successfully drop shot dad and I still run around my forehand because I prefer backhands. My sister mutters funny stuff under her breath when she crushes her forehand and we both blame the other one when a ball whizzes by us on the center line. “That was yours!?!”

We’re teaching my children how to play tennis, although they are still too young to fully understand the concept. It’s a chaotic scene – me, my husband and my father trying to convince two small kiddos to hold the racket steady and swing. They’d rather chase tennis balls, tug on the net, drag the racket on the ground or use it like a golf club. And that’s all just fine with me.

One day, we will all play doubles together. My kids will laugh at my silly antics at the net and I will marvel at the great shots they make. We’ll spend time on the court talking about nothing special, enjoying the physical activity, the smell of new tennis balls and relishing in the perfect cross-court winner.

In the chaotic day-to-day life we lead, time gets away from us. As children, time seemed like the one thing we always had to spare. Growing old was never a reality. There would always be plenty of time to do this or finish that or wait for something new.

It’s funny how becoming a parent forever changes your perspective of time. During pregnancy you’re constantly anticipating the next stage. When am I going to start showing? When is the baby going to start kicking?  When is my water going to break? Nine months would have seemed like a lifetime when we were small. An eternity, in fact.

The reality is nine months blow by so incredibly fast, it seems like a cruel joke. The first birthdays are fifth birthdays. Our little infants are big kids. The bumper pads, onesies and burp cloths we couldn’t wait to buy have long since been packed away and are now stored neatly in the closet in a dusty box. From rolling over to crawling to walking, we’ve been there for the milestones and the victories.  The sweet voices that once called out, “mama” are now speaking to us as if they were already adults.

I’m often asked to give advice to new parents, so my advice is as follows – embrace the moments life gives you and squeeze them for all they’re worth. Forget about the reality of time. Don’t listen the people who say,”they’ll be grown up before you know it.” Pretend you’re a kid again and live in the moment. Stop looking for the next distraction and allow yourself the freedom to indulge in complete and utter ignorance when it comes to time. There may not be enough of it, but you can certainly learn how to make it last. 🙂