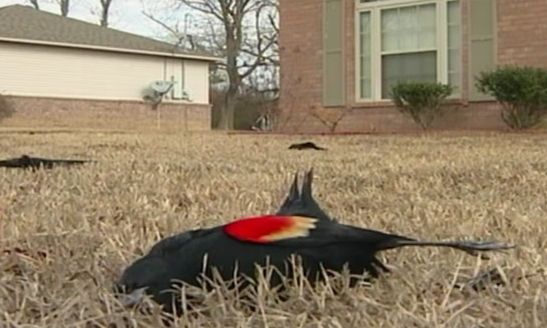 Happy 2011 to all of my MommyQ readers! I hope you rang in 2011 with amazing amounts of fun, great friends and lots of bubbly. My hubby and I spent New Year’s Eve with our uninvited guest, Senior Stomach Flu. Needless to say, he was quite the downer.

People in Arkansas celebrated the New Year will over a 1,000 dead Red-Winged Blackbirds falling from the sky. How’s that for seriously creepy? The reports started rolling in around 11:30 p.m. The dead birds – thousands of them – fell over a 1-mile area of Beebe, and an aerial survey indicated that no other dead birds were found outside of that area. I’m a rather superstitious person, so I would’ve freaked the heck out had I been there for that. Hello bad omen. Wait a second, these birds were in Arkansas, right? Maybe it was suicide.

What could be an even worse omen than the dead birds? How about an iPhone alarm glitch? Yep, there is a slight malfunction with the Apple software, so tons of hungover people woke up late on January 1st and January 2nd. I doubt that many alarms were buzzing that morning anyway. While being tardy because your iPhone alarm didn’t ring is a little scary, the Android Forum at Google’s site now has 1,257 comments (up till now) from Android phone owners and developers reporting of an issue which sends SMS messages to the wrong recipients in their address book. OUCH. 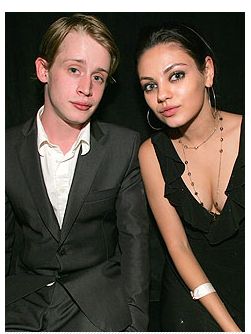 And topping off weirdness for 2011 is the sad, sad news that Macaulay Culkin and his girlfriend of eight years, Mila Kunis, have split.  It seems even the creepiest couple in Hollywood, who started dating when they were what, nine years old, can’t even survive. 2011 is proving to be very odd indeed.
Images: Wave3 and People