It’s been a busy weekend in the world of entertainment. Charlie Sheen’s insane ramblings and “duh, winning” continues to be among the most talked about topics, but I’m going to tackle a few other goodies instead. Danica Patrick, Jeff Gordon, Carl Edwards and Miley Cyrus. Odd combo? Yes, but I have my reasons. (See video at the end of this blog post if you must skip ahead for a laugh.) 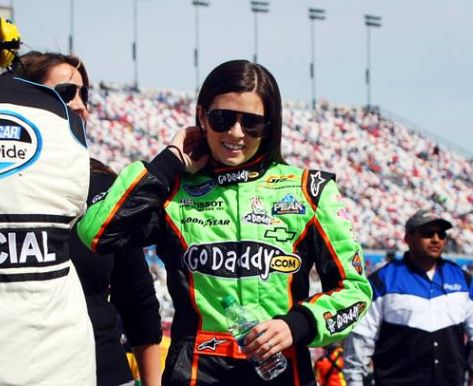 Danica Dominates in Vegas
Things got interesting at Las Vegas Motor Speedway this weekend as Danica Patrick snagged her best finish EVER in the Nationwide race on Saturday, coming in 4th. A top five finish proves she’s in NASCAR because she’s a talented driver, not just because she’s a pretty face and a hot body that makes a gazillion dollars for her sponsors. (Yes, I’m talking to you, GoDaddy.) I’m so excited for Danica and I hope this will shush the naysayers, at least for a while. 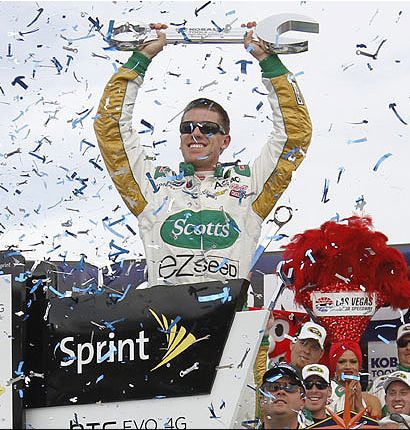 Daddies Dominate in Vegas too…
Jeff Gordon raced to victory last week and Carl Edwards just snagged his first victory today in Vegas. Both drivers finally ended some rather lengthy losing streaks. I think this proves that just because you have sweet, innocent, adorable babies crawling, drooling at popping on your at home, doesn’t mean you’re a big old softy on the track. Last year, I asked Carl Edwards about whether or not fatherhood had changed him as a driver. He told me the answer was yes and no, which makes sense. He added that he was annoyed at people who think that would make him less of a driver. I think these two wins prove that diaper duty actually makes them better drivers.

Miley Cyrus on SNL Spells Redemption
If you didn’t catch Saturday Night Live last night, you missed a rather hilarious episode. Miley Cyrus was the guest hostess and I have to say, she was very cool about spoofing herself. I’m not a Miley fan, but I did respect her good sense of humor about… well, herself. SNL does a skit about Miley Cyrus having her own talk show and they totally rag on her. Miley was on that skit last night impersonating Justin Bieber. I thought it was super. Not that’s she’s laugh out loud funny, but it was definitely entertaining. Notice the way they spoof her dad… love that mullet!!!