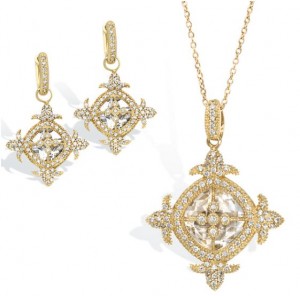 ‘Tis the season for giving thanks, attending parties and receiving gorgeous bling! Celebrate with Austin’s All About Diamonds and brighten your holiday in a sparkly kind of way. If you shop at the store on Bee Caves – starting today! – the first person to mention MommyQ’s blog in the store wins a $100 Gift Certificate. Come on moms, I know you want to grab that!

If you live in Austin, TX, join All About Diamonds for their Jude Frances and Philip Stein Trunk Show & Viewing Party:

While it may seem like I’m addicted to Facebook like everyone else, I’m not. I use it for business purposes too like promoting my MommyQ blog and the blogging I do for Droolicious on Babble.com.

Anyway, when I post items to my profile sometimes I quickly scan my home page to see what’s going on. I was scanning it today and noticed a very popular photographer in Austin TX,  John Langford, was having a special promotion. His ad read, “Get a New Photo & Get Noticed.” In my haste, I read it as, “Get a Nude Photo & Get Naked.”

Needless to say, I was like, “what in the world???” As soon as I re-read it, I laughed and laughed. MommyQ  hopes you got a giggle out of my “mind in the gutter” moment! 🙂 If you want to take advantage of John’s “new” photo promotion, check it out on Facebook!

MommyQ attended a wonderful luncheon today hosted by the Austin Chapter of PRSA.  It was a huge success based on the turnout and although the food was late making its appearance, the Butternut Squash Ravioli was yummy enough to make you forget.

Anyway, the focus was the Austin fashion scene and it’s thriving. Thanks to all of the creative souls living in Austin and all of the good karma, the ATX has carved out its own little paradise in the fashion industry.

The panel of experts did a great job offering helpful advice to all of us overly confident, chatty PR folks. One panel member stood out to me, as one often does. Lance Morgan, founder of Brilliant Magazine, was quick to respond with some funny quips and a few requests for cash and cashmere. A definite crowd pleaser!

After an array of questions from the audience, including one “panel stumper,” I decided to take advantage of the fashion expertise sitting stylishly at the font of the room. I had a burning question that just had to be addressed…

I asked Lance Morgan and Lauren Smith Ford, Managing Editor of Tribeza, the big question, “What are the rules about wearing white shoes?” They laughed at first, but offered a thorough answer.

If you don’t what I’m talking about, it’s the whole notion that you should never wear white after Labor Day. I’m not sure where that came from and I’m too lazy to Google it. Anyway, I grew up knowing two things. #1. -You can’t fly down a flight of stairs no matter how much you think you can. #2 – You can’t wear white shoes after Labor Day.

But celebrities do it and they’ve done it for years. Doesn’t that mean the rule no longer applies?

According to Morgan, the rule does apply. The only time you can circumvent it is if you live somewhere tropical. But Austin is like 105 degrees most of the year. Doesn’t heat have something to do with it? Morgan added that last year it was around 100 degrees in September (in Austin), so in that case you could wear white shoes two weeks beyond Labor Day. Miami and LA, however, are immune to this rule. But that’s an entirely different slice of cheese.

If there is a pair of white shoes in your closet, imagine an expiration date and wear them accordingly. And thanks to Lance and Lauren for enlightening us all! (Told ya so!)

AMC Entertainment has teamed up with the Autism Society of America to bring families affected by autism and other disabilities a special viewing of “Hotel for Dogs.” Join us on Saturday, January 31st at 10:00 a.m. at AMC Barton Creek 14. The lights in the theater are brought up and the sounds is turned down. Viewer noise and movement is totally acceptable. Whew! You can even brings snacks for your kiddos on special diets. Learn more here.