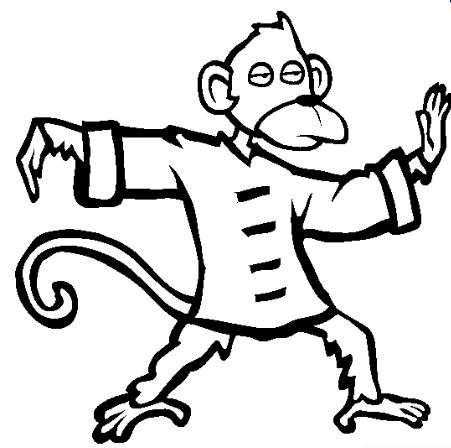 Last week, we decided to have a picnic at a local park with the kiddos.  As I was munching on my salad, I noticed some odd activity out of the corner of my eye. It was shirtless man doing Tai Chi moves right next to the playscape. He was enthusiastically practicing Shibashi postures, sunning his love handles in the process. I nudged my husband and as soon as he turned to see the guy squatting his way towards clarity, spreading his ying and yang,  my hubby was shocked. Why do this in front of little kids?

First of all, this park isn’t conducive to adults. It features a play area for small children, picnic tables and basketball courts. Shirtless exercising within inches of said children isn’t socially acceptable in this particular slice of surburbia. My husband’s shock quickly turned into anger as he continued to watch this guy do slow, repetitive movements as small kids ran by him playing and giggling.

After a few minutes of awkwardness, the routine stopped and we realized this guy was at the park with his kid. He called to his child who jumped off the slide and ran towards him. My husband felt better, because it made the guy seem like much less of a potential pervert. He was just a dad getting some exercise. Then again, we were still confused. Who does this?!?

I have nothing against people doing whatever they want in public. You wanna practice your yoga headstands? Fine. You want to do lunges and stretches? Super. But why oh why must you do this on the playground – like literally standing next to a swing? He could’ve easily kept his eye on his child and moved back a few feet to do the exact same thing. Plus, it wasn’t even hot that day. Why do it shirtless?

What’s up with this dude? Would this make you uneasy?