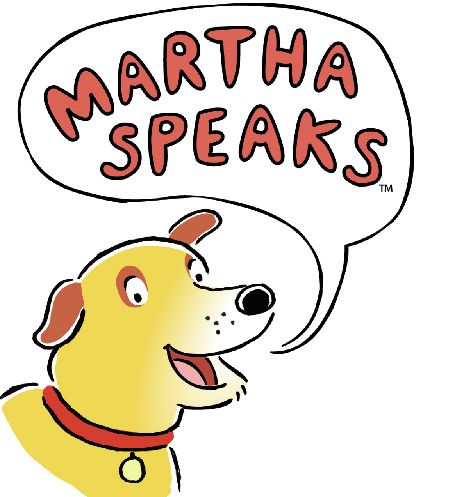 Before I had children, I always thought “educational” was a nice was of saying “boring.” Now that I’m the mother of two rambunctious youngsters, I’m all about educational. Bring on the stuff that makes my kids brainy. What makes an educational show great? The fact that you might forget you’re actually learning, because your too entertained to think about it.

In addition to the television show, the online community for Martha Speaks is incredible fun for my kids. In fact, the other day I heard them laughing and laughing. When I came in to see what all the fuss was about, I found them playing Martha games online. Oh my! They thought one game in particular, Stickerbook Mashup, was hilarious. They kept shrinking the characters and putting them in the soup bowl. If this video isn’t a great testament to educational shows, I’m not sure what is…

More MommyQ: You can read my posts, Top 5 Reasons Kid Shows Make Me Wince or the less snarky one I wrote for Babble, 5 Kid Shows that Won’t Annoy You. What’s your fave kid’s show?

P.S. – Anyone else notice my son’s Adrian Peterson Minnesota Vikings jersey? Can you tell my hubby is an OU fan? And he obviously dressed the kiddos that day. 😉

2 thoughts on “Is Educational TV Fun: You Bet Your Alphabet Soup”